We have enlarged our catalog of themed playsets with four new giant towers for playgrounds of up to 7 meters high, designed with a high degree of detail and incorporating interactive and didactic games, large pipe slides, ladders, ramps and climbing walls.

The giant Treehouse playground tower is inspired by a tree house and themed with elements of nature, vegetation and animals, including a friendly monkey perched at the top, cheerful birds, owls and a cunning fox in its burrow. On the lower level, there is an early stimulation area for the little ones called “The Fox’s Cave”, equipped with a small counter table, the crawling tunnel “The Cave”, a play bench and the crawling tunnel “The Swinging Wheel”.

The theme giant tower inspired by a firehouse features a large number of details related to fire and emergencies such as the alarm bell, the firefighter’s basket, flames, hoses, fire extinguishers, ladders, etc. On one side is the “Kitty in the Tree” climbing wall and at the base of this firehouse, we find early stimulation games and games to exercise fine psychomotor skills among children.

The giant Yeti-themed tower is based on the legend of the snowman. On the lower level, there is a crawling tunnel “Yeti’s Finger”, a play bench, interactive games with sliding tiles to exercise fine psychomotor skills, a ruler-height measuring game and a “Yeti”-themed alphabet word search panel. On each level, there is a translucent skylight and educational games.

Finally, the Robot-themed multi-play tower is decorated with elements related to mechanics and technology. On the lower level, there is the “Robot Wheel” crawling tunnel, a play bench, the “Curtain of flexible treads” crawling access and the interactive gear game with sliding tiles to exercise fine motor skills. 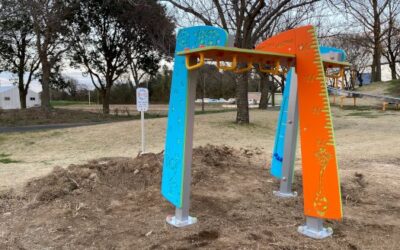 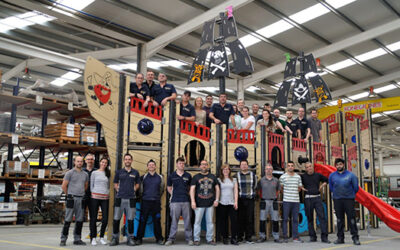 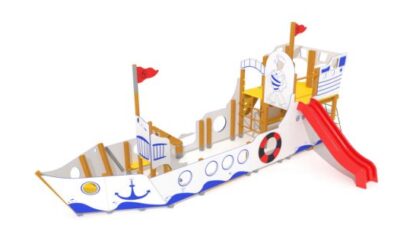 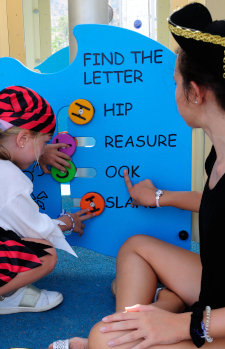